Science fiction is a movie genre that has permeated human imaginations since after the Dark Ages. With the expansion of knowledge, mankind had to guess just how much possibilities are out there.

I used to stay up late all the time to read science fiction novels since I was 7 (did not make my mom very happy when she caught me), of classic authors like Juiles Verne, Isaac Asimov and Arthur Clarke. Their work took me on journey deep under the sea surface or deep in space with the outer-galactic heroes and creatures.

Here is my list of the ten greatest sci-fi movies of all time.

The latest of the movies on this list, and perhaps the heaviest to bear, Interstellar also tackled human extinction, but did so in such a heartbreaking manner. Filled with relatable drama, family drama, Interstellar showed how heavy sacrifices for the greater good are. Not only that, Interstellar also showed such wonderful and realistic cinematography scenes in space.

The combination of the both renowned director Christopher Nolan and composer Hans Zimmer brought the fiction of this movie into moving reality.

Science fiction is a genre that plays with human imagination, yet all the while seemingly realistic. Whether you love it or you hate it, it will always be part of our culture. 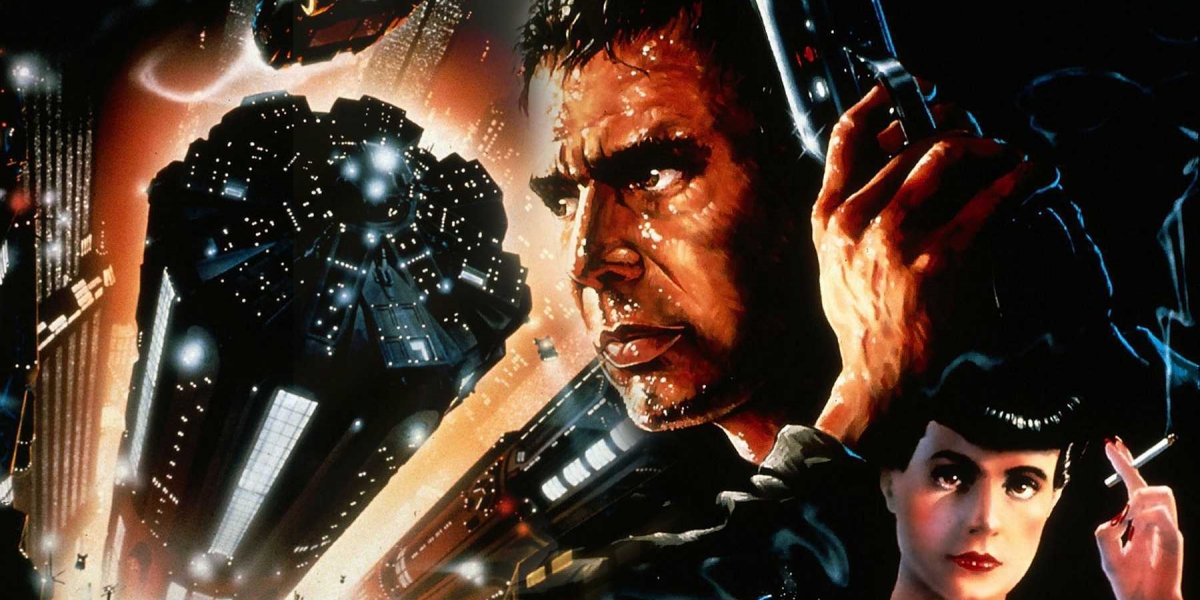 Let me be honest here for a second. I think this movie experience from Ridley Scott.. sucks.

Harrison Ford plays detective/cop Rick Deckard who hunts down artificial lifeforms called Replicants that leads to a series of ethical questions. By the end of the film, Deckard is even questioning if he is a replicant. There is a legendary scene in the movie where he gets to interview a woman to find out if she's human or a robot.

Boring monologues, dumb punchlines, and dramatic sci-fi noir cut scenes make me want to quit watching in about 20 minutes into the film.

At the same time I want to give credit to where the credit is due. If you look at my list, you will see that most of the stories are following the same safe formula (except #1): make it about a love story, use crazy characters, make it fun, make it about the humans doing crazy stuff in their life, following other crazy people's stuff while bending time and space around them.

Bladerunner became the Frontier-breaker, one of the most innovative movies that defined multiple genres and sci-fi art directions: a genre of AI (self-learning and self-aware machines) a genre of sci-fi noir, and cyberpunk, of course!

Think about all the classic and legendary films that came right after Bladerunner that were the definition of cyberpunk: Akira(1988), Ghost in the Shell(1995), Judge Dredd(1995), Total Recall(1990).

Very few films succeeded with asking this question (with same success) - can machines be self-aware?

This challenging question was first introduced by the Three Rules of Robotics and the story 'Runaround' by Isaac Asimov in mid 40's. If we do have machines, they need to have rules put in place so they don't hurt humans, which in itself leads to the paradox in case machine becomes self-aware: if they feel like they became human, does it mean their life now is as important? So sacrificing it contradicts the First Law?

Bladerunner defined a genre of Sci-fi Noir and we need to keep this conversation going as far as we see AI playing more important roles in our lives with each new day.

Other amazing movie experiences worth checking: Ex Machina, I, Robot, Her, Chappie, Transcendence. 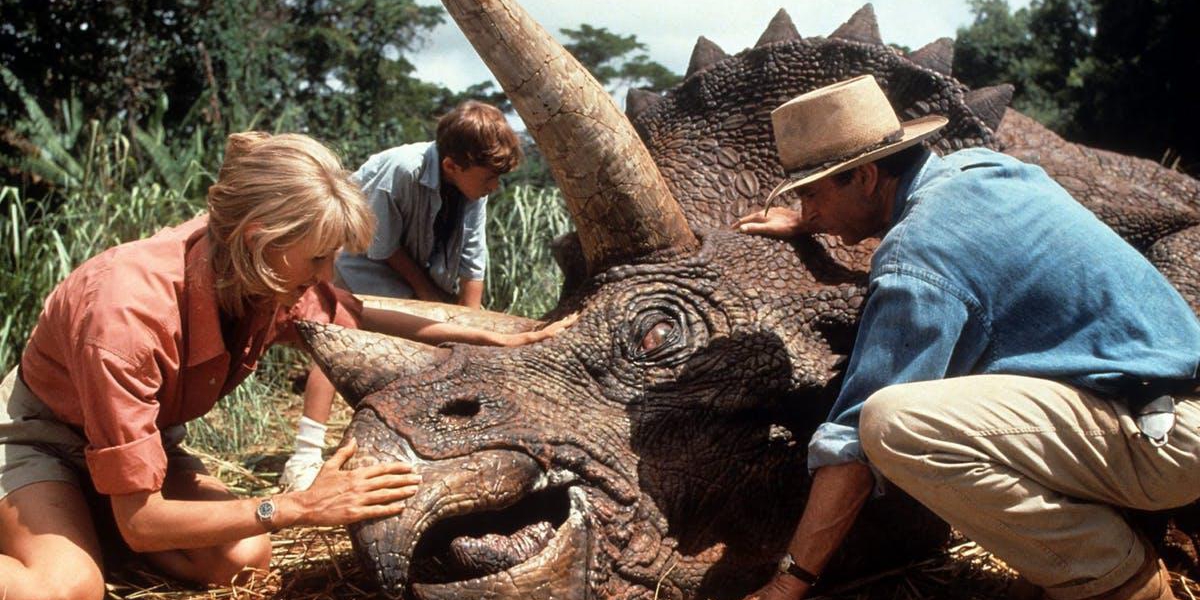 Another classic, Jurassic Park fulfilled the great fantasy of dinosaurs appearing on the big screen. For such a movie to be made in the early 1990s was almost impossible, but thanks to the great animatronics used, Jurassic Park literally brought back to life the dinosaurs.

And besides the behind the scenes magic done, the actual science of the movie is something that is very plausible. Jurassic Park is the kind of science fiction that has a possibility of being realized, though that possibility is very small.

This amazing film is just filled with legendary scenes. I would say Give Meme a break, pretty much the most popular source for memes these days. I was about 8 years old when I first saw this movie and was struck how beautiful and realistic it was. My favourite scene is the welcome scene where they get in open field to see the flock of Brachiosaurus in the wild. 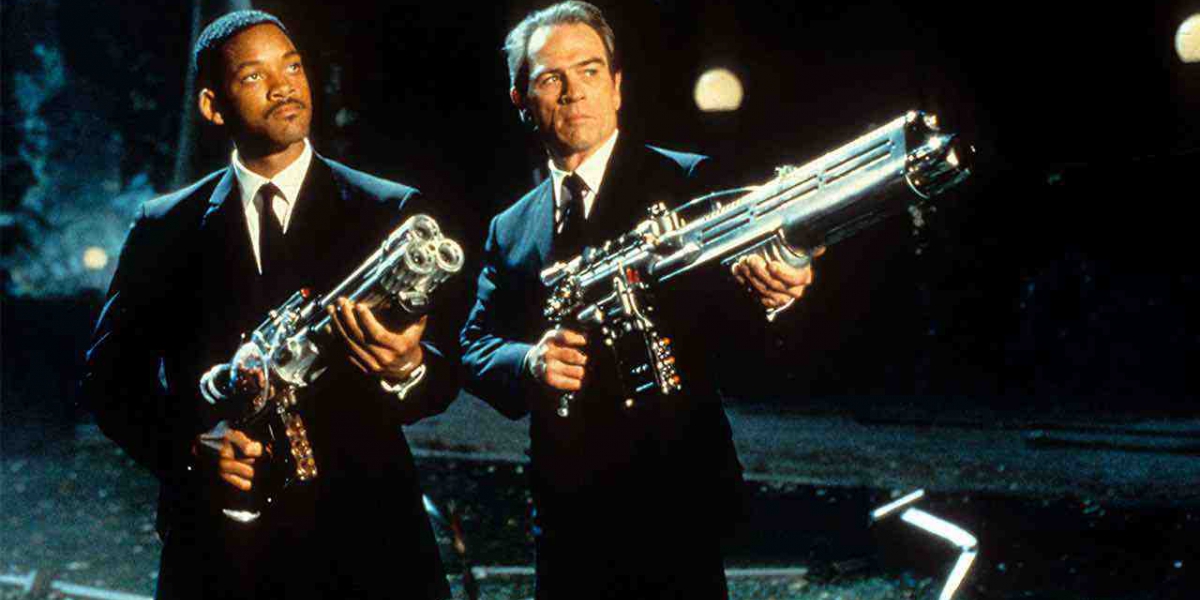 Men in Black by Ed Solomon

This move has badass swag 😎. Black suits, black glasses, Batmobile from space. Oh yeah, also Will Smith and Tommy Lee Jones rocked the stars out of it. Nothing else needs saying.

Humor, action, aliens, science fiction, Will Smith and Tommy Lee Jones, those things equal to just about two hours of fantastic fun! An organization, a hidden world really, built within the real world, confronting problems from other worlds, this movie had a unique and well-built premise.

The fantastic Agents J and K duo really did a job well done of carrying the movie from the big screen into our imaginations. This movie is just one big, thrilling roller coaster ride! 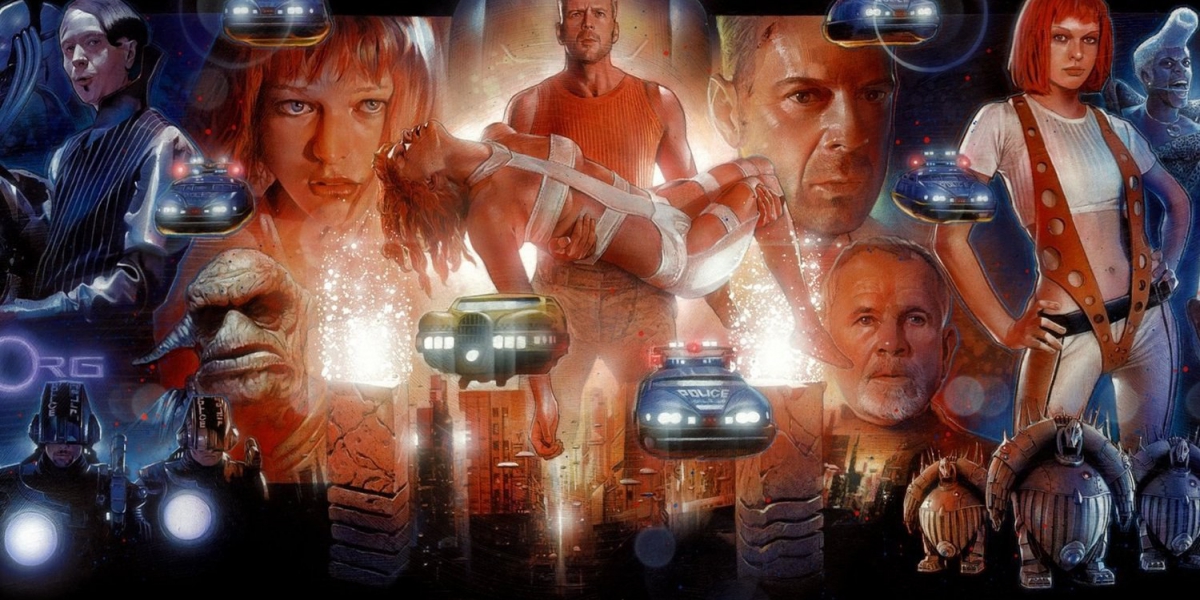 The Fifth Element by Luc Besson

Perhaps not as memorable as the rest of movies on the list, but no one can argue that the Fifth Element was visually striking and epic. Although tackling quite a serious problem, that of human extinction, Fifth Element still managed to be light, not taking itself too seriously.

There are so many reasons to love this film. Here are my top three: 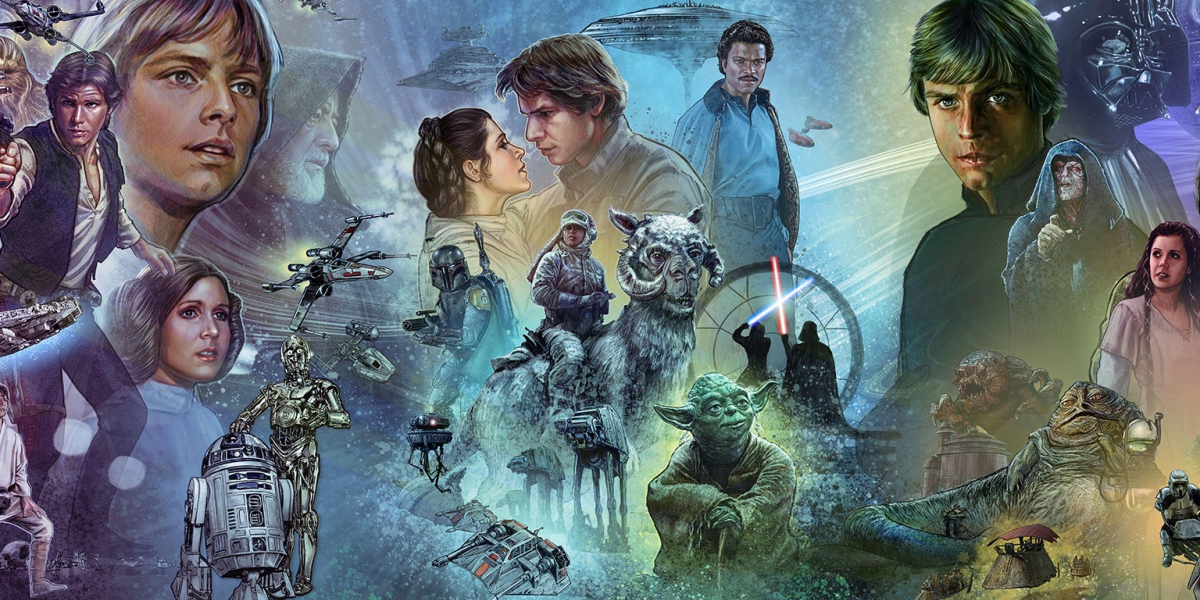 The only bad thing about this movie is that I might get some heat from fanboys for putting it number 5 and not higher.

Nobody can make a list of the best sci-fi movies without Star Wars in the list, that is just plain crazy. Star Wars is perhaps the best science fiction universe, a universe still being fleshed out until today.

The story, the plot and its twists, unique characters, and of course the awesome lightsabers were truly more than enough to hook us into a galaxy far far away. 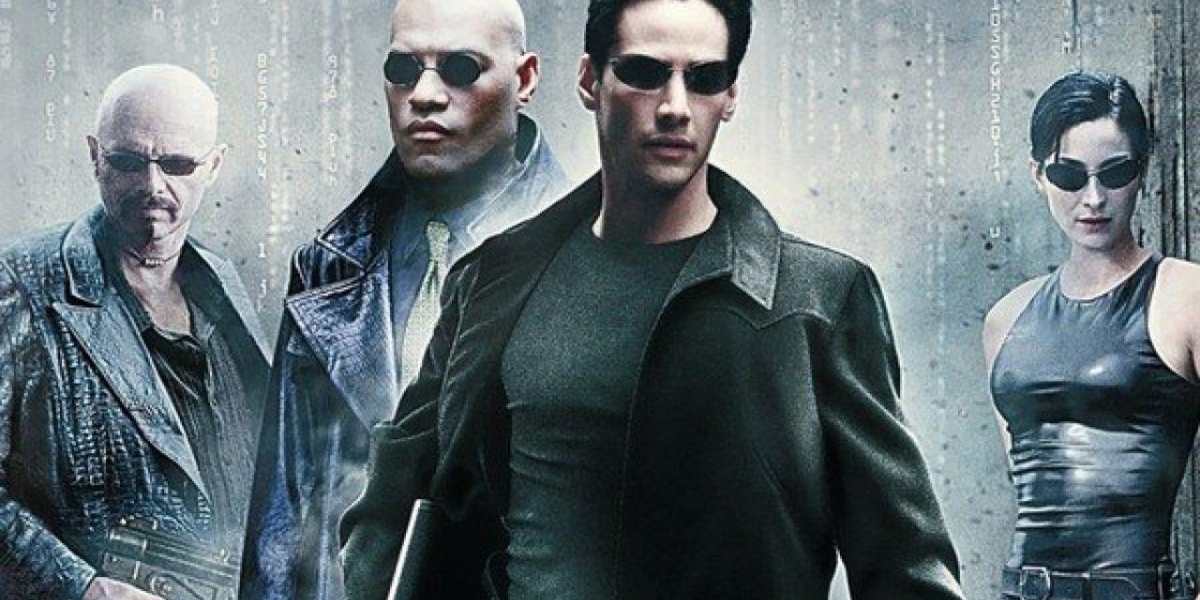 The Matrix by Wachowski Brothers

No one can deny that the Matrix trilogy is nothing short of a masterpiece from the Wachowski Brothers. The premise of the entire movie is unique and new. If these are movies that you have not yet seen, then you have missed out a lot of science fiction novelty. The franchise seamlessly incorporated technology and superpowers. 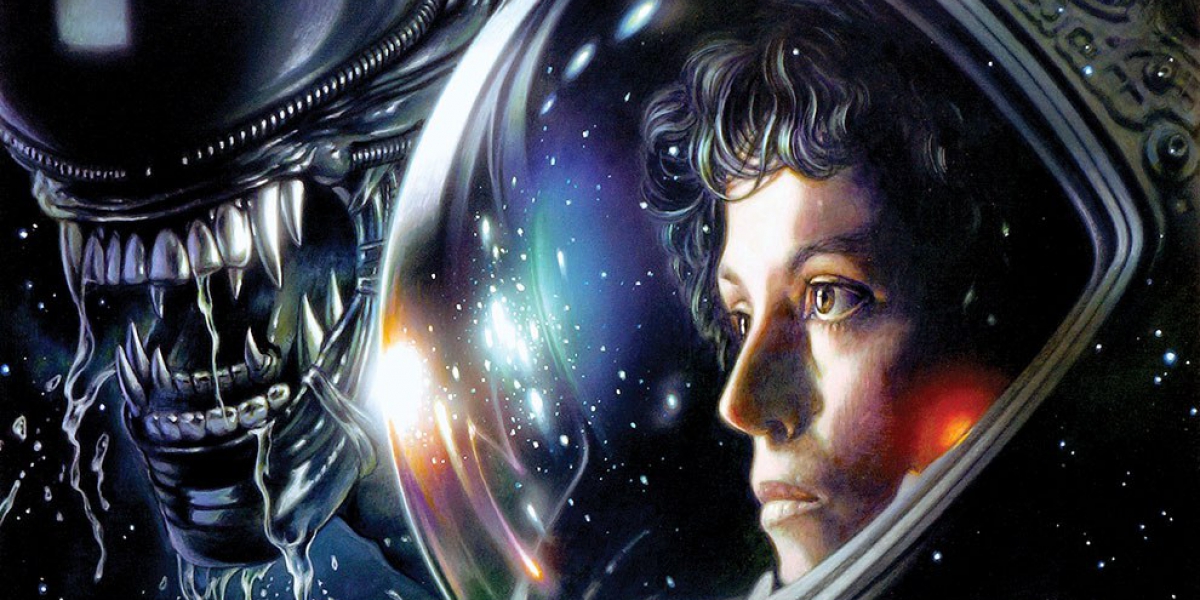 This movie still gives me nightmares.

A science fiction that is wonderfully blended with thrill and jumpscares, Alien is a masterpiece. Shot with wonderful animatronics, Alien released a couple of very iconic scenes (the one pictured above and the baby xenomorph bursting out of a human chest). The movie's animatronics were brilliant enough to win the 1980 Academy Award for best Visual Effects.

The premise of a murderous alien stuck with our heroes, with no easy way out, alone in space, is scary. The thrill of survival and keeping existential terror at bay was wonderfully captured. But then again, it was directed by Ridley Scott, who also directed the Terminator. So Alien becoming a huge box office hit is not surprising. 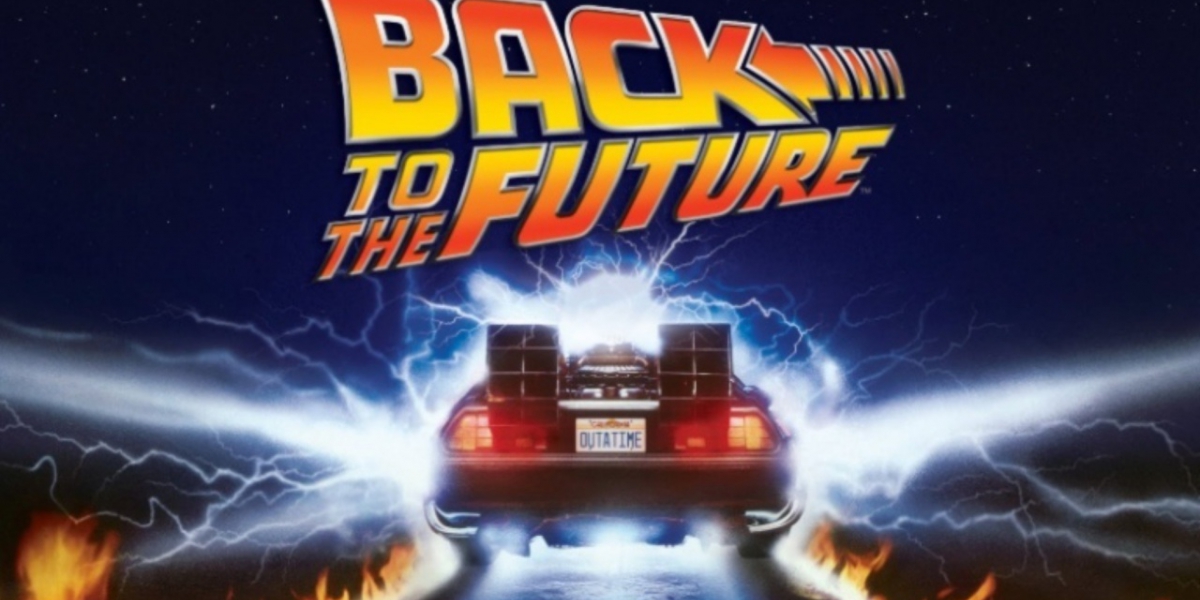 Back to The Future by Robert Zemeckis

Two very important things happened in 1985. Back to the Future came out and I was born. In that order of importance.

Light, fun, quirky yet with a gravity that still hooks, Back to the Future is one of the most, if not the most, time travel themed movies. The characters are lovable, the script humorous, what's not to love! I won't even attempt to describe this experience. If you never seen this masterpiece, email me your address so I can come over and slap you silly.

If my calculations are correct, when this baby hits eighty-eight miles per hour, you're going to see some serious shit. 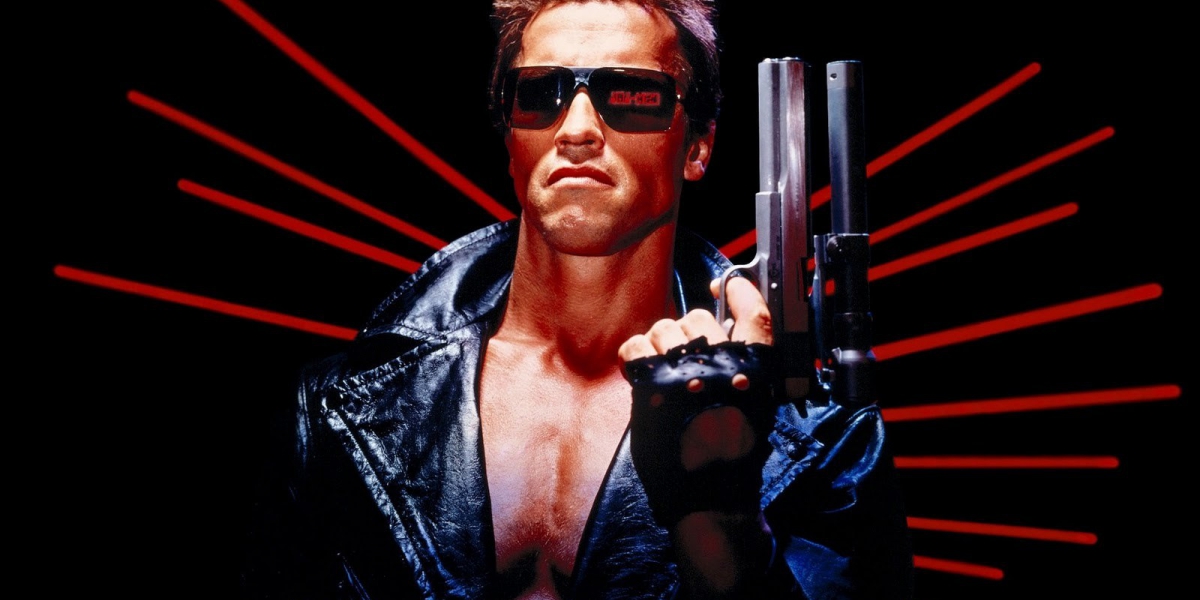 The Terminator by James Cameron

Something about this movie that stayed with me for over 20 years and I still think about the scene with nuclear explosion on the kids playground behind the fence. It's hard to explain but it will stay with me and this so far has been the most unforgettable sci-fi story I ever watched.

We can still learn a lot about our society and our future with AI from this film that is over 30 years old, there are a lot of warnings and lessons here. Pay attention.

Released at a time when technology expansion seemed unstoppable, Terminator pushed the bounds of what could be possible and what could be not. It was a science fiction that was at the time seemed possible.

At the time, time travel, cyborgs and rogue AIs were all possible in the future. It was then, a believable fiction. Add to it the action and romance, drizzled with Arnold Schwarzenegger's stoic performance, the Terminator earned a 100 in Rotten Tomatoes.